Discover the cities of Estonia by joining a Guided Tour of Estonia among those proposed by the authorized local guides of Evolved Guide.

Estonia is a northeastern European nation overlooking the Baltic Sea. Although it is considered the northernmost country in the Baltic States, its origin (and its language) is Finno-Ugric and not Baltic. However, it shares many historical events with Lithuania and Latvia. During the Middle Ages, the northern part of Estonia passed into the hands of the Danes, while the rest of the country came under Germanic-Teutonic domination. It was then part of the Russian empire from 1721 until 1991, the year in which the dissolution of the Soviet Union occurred.

Its territory is made up of islands, rocky beaches, forests, countless lakes. All this make Estonia an important tourist destination for nature lovers. Most tourists go to Estonia to visit its capital Tallinn, a city full of monuments, and Tartu, chosen by many tourists for its nightlife and cultural and artistic heritage. Join a private tour among those proposed on Evolved Guide and find out more about this small European country thanks to the commentary from a licensed local guide.

Choose Evolved Guide, the only platform where all the guided tours in Estonia are customized by our tour guides. Choose the tour depending on the itinerary, duration, departure time, price and offers. Evaluate the various proposals of our tour guides and choose the option that's right for you! Come home with a unique memory of the private tour of Estonia thanks to the Evolved-Guide Authorized Private Guide.

The city to visit 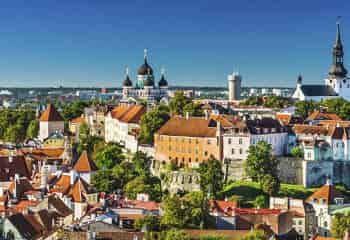 Most requested Tours of ESTONIA 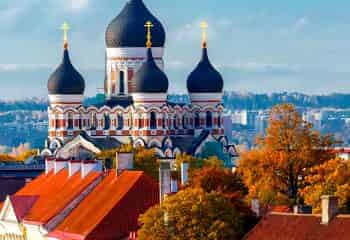 Discover Tallinn, the capital city in Estonia, by joining the Tallinn Walking Tour and learn more about the history of the city thanks to the commentary from an authorized local >>
Starting from 0,00 €
Price per person 0,00 €

Discover Tartu, a city in Estonia, by joining the Tartu Walking Tour and learn more about the history of the city thanks to the commentary from an authorized local guide. >>
Starting from 0,00 €
Price per person 0,00 €