Join Evolved Guide and get ready to discover one of the most beautiful city located next to the Black Sea, by joining a Guided Tour of Constanta.

Constanta is the oldest city in Romania, and it boosts about 2500 years of history. For this reason, it attracts miles of people every year. For its proximity to Bucharest (capital of Romania) and to its wonderful Black Sea, it's considered one of the main summer destinations.

The city of Constanta is home to the largest port on the Black Sea, with an area of about 4000 hectares. Thanks to its unmistakable river, the Danube Delta, it is also considered one of the most important naturalistic destinations in Europe.

The city is not only a summer destination for its sea. It has a wonderful historic centre with monuments, churches and mosques.

Evolved Guide will lead you to the discovery of this beautiful town located in the far east of the Romania, accompanied by a local guide.

Constanta is also the city of nightlife. Get inside one of its clubs located mostly on the beach and in the historic center.

It's also famous for its Casino located on the beach, considered one of the symbols of the town.

Take a look at our Guided Tours of Constanta to get to know the city together with a local guide.

Most requested Tours of Constanta 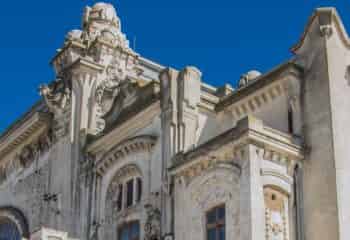 Discover Costanta, city of Romania, by joining the Constanta Walking Tour and learn more about the history of the city thanks to the commentary from an authorized local guide. >>
Starting from 0,00 €
Price per person 0,00 €