Visit Salerno by joining a Guided Tour of Salerno among those proposed by the authorized local guides of Evolved Guide.

Salerno is a port city of Campania located in the south-east of Naples. It rises on the homonymous gulf of the Tyrrhenian Sea, between the Amalfi coast and the Sele Plain at the point where the Irno valley opens towards the sea.

The first documented settlement in the Salerno area dates back to the 6th century BC. It stood right on the Irno river and not far from the coast. It was an Osco-Etruscan center, and it was an excellent strategic point for the communication routes. The city was founded by the Romans in the second century BC. The roman period lasted till the 11th century. The most important historical period of Salerno was the medieval period, in which Salerno became the capital of the Principality of Salerno under the dominion of the Lombards.

Salerno has always been a city dedicated to art, science and culture. It’s a real tourist destination. In Salerno you can enjoy a private walking tour and immerse yourself in the streets and alleys of the historic center and in its important monuments thanks to the commentary from an authorized local guide. Marvel at the Cathedral of Salerno, an important testimony of the Norman period, and the Castle of Arechi, which offers enchanting sea views. They both deserve particular attention.

Choose Evolved Guide, the only platform where all the guided tours in Salerno are customized by our tour guides. Choose the tour depending on the itinerary, duration, departure time, price and offers. Evaluate the various proposals of our tour guides and choose the option that's right for you! Come home with a unique memory of the private tour of Salerno thanks to the Evolved-Guide Authorized Private Guide.

Most requested Tours of Salerno 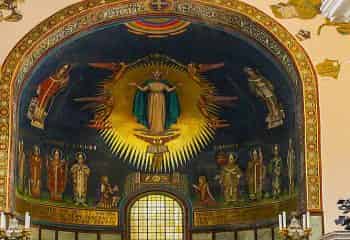 Discover Salerno by joining the Salerno Walking Tour and learn more about the history of the city thanks to the commentary from an authorized local guide. Salerno was the capital >>
Starting from 0,00 €
Price per person 0,00 €