Visit Naples by joining a Guided Tour of Naples among those proposed by the authorized local guides of Evolved Guide.

Naples is the main city of Campania and is located in southern Italy near the Vesuvius, an active volcano which is famous for having destroyed Pompeii, an ancient Roman city. Naples is one of the main cities of Italy, as well as one of the main tourist destinations for tourists from all over the world.

Naples was founded by Cumans in the eighth century BC, and was one of the most important cities of Magna Grecia for the commercial, cultural and religious role it played on the neighboring populations. After the collapse of the Roman Empire, an autonomous duchy was formed. It stood out for being independent of the Byzantine Empire. Subsequently, it was capital of the Kingdom of Naples for almost seven hundred years, then it became the capital of the Kingdom of the Two Sicilies under the rule of the Bourbons, and it became part of Italy after the Unification of Italy.

When it comes to monuments and works of art, Naples can be considered as a city with a majestic tradition in the field of figurative arts. Naples is a city of art that has always distinguished itself by the beauty and uniqueness of its works. Therefore, needless to say, if you are in Naples there’s only one thing you can do: prepare your backpack and immerse yourself in a private walking tour of the city with a tour guide that will lead you to discover the main attractions of the city and its historic center. You can also join a private tour to discover the spectacular subsoil of Naples, which is famous all over the world.

Choose Evolved Guide, the only platform where all the guided tours in Naples are customized by our tour guides. Choose the tour depending on the itinerary, duration, departure time, price and offers. Evaluate the various proposals of our tour guides and choose the option that's right for you! Come home with a unique memory of the private tour of Naples thanks to the Evolved-Guide Authorized Private Guide.

Most requested Tours of Naples 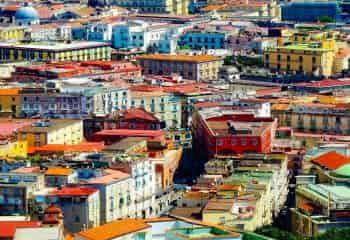 Discover Naples by joining the Naples Walking Tour and learn more about the history of the city thanks to the commentary from an authorized local guide. “See Naples and then >>
Starting from 0,00 €
Price per person 0,00 € 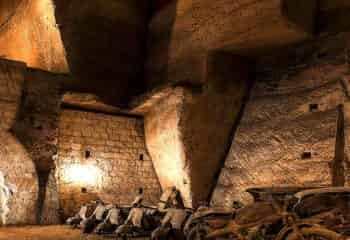 Visit the underground of Naples by joining the Underground Naples Guided Tour and learn more about the history of the city thanks to the commentary from an authorized local guide. >>
Starting from 0,00 €
Price per person 0,00 €