If you are in Basilicata you must absolutely see Metaponto, the most important archaeological area in the whole region. Explore it with the Metaponto Guided Tour together with an Evolved Guide local tourist guide.

The city of Metaponto, inhabited since the Bronze and Iron Age, was founded by the Greeks in the seventh century BC. and was one of the main centers of Magna Grecia. Metaponto was also the place where Pythagoras took refuge, following his expulsion from Crotone, and here he would have created his school of mathematics. Already around the end of the 1st century BC-1st century AD Metaponto began to decay and the city was definitively abandoned in the VI AD Today, it is possible to admire the wonderful Archaeological Park of Apollonio Licio of the ancient city, which features the urban sanctuary; the complex has an urban layout that would seem almost modern. The monumental bases of statues, altars and columns of 4 temples dedicated to Athena, Apollo, Hera and Artemis are visible in the Agora. Next to the agora was the ekklesiasterion, a meeting place, transformed at the beginning of the fourth century into a Greek theater. Another particularly important area is the one where the ceramics were produced (preserved today inside the museum), the so-called Kerameikos.

Evidence of Greek art and local production are kept in the Archaeological Museum of Metaponto. You will be amazed by the figured ceramics. On the coins you will see the spike of wheat, the symbol of the city, and which represents its great production of wheat.

A few kilometers far from the Apollonio Licio Park there are the remains of the temple of Hera, called the "Palatine Tables": 15 columns remain of this building. The temple was also called the Pythagorean School because, according to the tradition, he taught right here to his scholars.

On our Evolved Guide platform, the Metaponto Guided Tour is customized by each of our tourist guides according to the itineraries, durations, departure times, prices and offers. Search among the proposals and choose the tourist guide that's right for you.

Most requested Tours of Metaponto 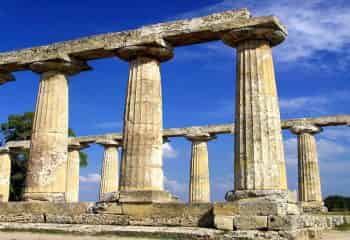 If you are in Basilicata you must absolutely see Metaponto, the most important archaeological area in the whole region. Explore it with the Metaponto Walking Tour together with an >>
Starting from 0,00 €
Price per person 0,00 € 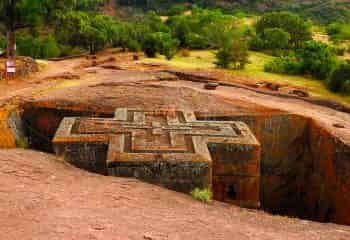 Discover the past of one of the most important cities of Magna Grecia through our Metaponto Archaeological Park Tour. Our Evolved Guide certified local guide will tell you the >>
Starting from 0,00 €
Price per person 0,00 €