Zadar is an incredible city, with dreamy landscapes and an enchanting sea. But these are only a few factors that have made it one of the main tourist destinations in Croatia. If you are looking for a unique cultural experience Evolved Guide has thought of a Zadar Guided Tour. Choose one of our local tourist guides. Observe the most beautiful and characteristic corners of the Croatian city, from its most imposing monuments such as the large Venetian walls to the remains of the ancient Roman city.

Founded almost 3000 years ago, the city had a much more suffered past due to the various dominations it underwent and which left numerous traces in the urban fabric of the city: the Venetians, Napoleon and the Austrians subjected it but during the Second World War the city was almost destroyed (it’s estimated that almost 80% of the city disappeared due to the bombing). However, these injuries did not stop the city which, like the phoenix, was reborn from its ashes. Today Zadar is an extremely lively city from the tourist point of view.

Spectacular are the ancient walls of the Venetian era, declared World Heritage by UNESCO. They preserve the Zadar historical center, a real jewel where it is possible to travel through time: in this small area, of about 1 km2, the millennial history of the city is enclosed. To explore this wonderful city we recommend you opt for one of our Zadar Walking Tour during which you will listen to a passionate tale of the history of the city reconstructed through its symbolic monuments.

If you want to know what to see in Zadar and don't want to miss its most beautiful places, choose Evolved Guide: it will be an unforgettable experience.

Most requested Tours of Zadar 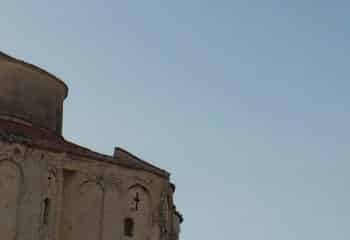 Explore one of the most beautiful cities in Croatia on an unmissable Zadar Walking Tour signed by Evolved Guide. Together with our local tour guides you can venture out on the >>
Starting from 0,00 €
Price per person 0,00 €