Experience the thrill of passing under the famous and imposing Lion Gate during the Mycenae Guided Tour. An Evolved Guide local tour guide will accompany you in the exploration of one of the most important cities of ancient Greece, home of the great Mycenaean culture, homeland of mythical characters such as Agamemnon and Menalao, respectively kings of Mycenae and Sparta, who were among the main proponents of the Trojan War.

Mycenae was a fortified city with mighty walls, called cyclopean walls: it seemed impossible that they had been made by normal men and therefore their construction was attributed to giants. It was articulated on a hill that allowed it to enjoy a strategic position with a view over all the surrounding lands. Of this ancient civilization, lived in the late Bronze Age (1600-1100 BC), many imposing ruins remain; this suggests the grandeur and wealth of this people: during the Mycenae Archeological Site Walking Tour your local guide will help you to reconstruct these monuments ideally in order to understand the charm and magnificence of Mycenae. Among the most important places we certainly remember the Tomb of Agamemnon, the great burial of the king of the city, or the circular tomb A, used exclusively for the royal burials of the sixteenth century BC.

When you are in Mycenae and you have heard all its incredible story, you will be able to understand why Homer described it, both in the Iliad and in the Odyssey, as "Mycenae rich in gold".

On our Evolved Guide platform, the Mycenae Guided Tour is customized by each of our tourist guides according to the itineraries, durations, departure times, prices and offers. Search among the proposals and choose the tourist guide that's right for you.

Most requested Tours of Mycenae 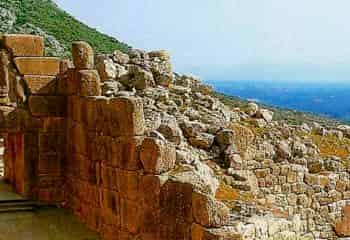 Discover the places of Greek mythology and tragedy with our Mycenae Archeological Site Walking Tour. Pass under the famous Lion Gate, the monumental entrance to the city, and >>
Starting from 0,00 €
Price per person 0,00 €