"We must study history in order not to repeat the mistakes of the past".

To retrace the places of memory, Evolved Guide has thought of a Terezín Guided Tour. Together with a local tour guide you can visit those places on a Terezín Concentration Camp Walking Tour, a place that must be visited to remember the tragedy of the Holocaust.

Terezin was originally an ancient eighteenth-century military fortress which, during the Second World War, was converted into a concentration camp. This place was chosen to create a great illusion, a deception aimed at supporting and enhancing the Nazi propaganda: here in fact, during the Second World War, a film was shot that showed how privileged his "guests" were and therefore denied the rumors that it was a concentration camp. But the truth was quite different: over 160,000 Jews were deported here who died of starvation, disease but above all were killed by the Nazis.

This will not be a visit like any other: it will be a harrowing experience but it is right for everyone to see these places, never to forget what the Shoah was and never to repeat these atrocities again.

As in the Pinkas synagogue in Prague, the drawings of the 15,000 deported children were also exhibited here.

Evolved Guide offers you a wide range of Terezín Guided Tours. Our certified local tourist guides will always guide you and will tell you the story of the concentration camp and the stories of some deportees.

Most requested Tours of Terezín 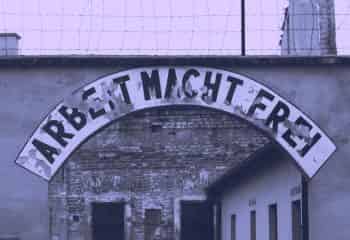 The Shoah was a tragic event and should not be forgotten. For this reason Evolved Guide has decided to make a journey of memory with the Terezín Concentration Camp Walking Tour. >>
Starting from 0,00 €
Price per person 0,00 €